A 24-hour strike was called on Friday 02/12: services may not be guaranteed. Read more 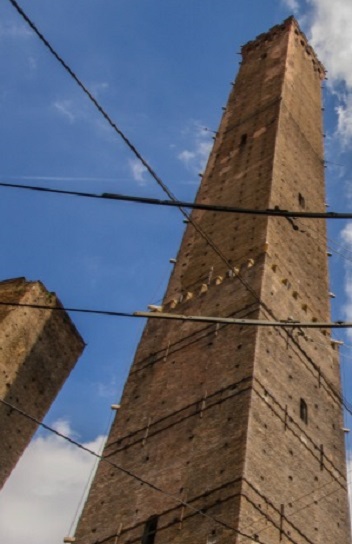 The two towers Garisenda and Asinelli are the traditional symbol of Bologna, strategically standing where the old Aemilian way entered the town.

In the late 12th century, at least one hundred towers dotted the town’s skyline, but today only twenty have survived the ravages of fire, warfare and lightning.